By AlphaLife
80 Videos
Thank you guys SO much for your support! This channel trailer is long overdo! If... Read More
5
Kevin Durant Essentials

What is Kevin Durant’s Net Worth?

His parents, Wanda and Wayne Pratt, got divorced when Kevin was only 1 year old - and Durant has used his mother’s last name ever since. His grandmother, Barbara Davis, is reported to have helped Wanda raise Kevin and all of his siblings.

Durant’s career seemed promising from the very beginning. Even as a teenager, Durant was considered an NBA prospect - destined to make big money for his big talent.

He started his high school Career at the National Christian Academy, playing there for a total of two years. Later on, he moved on to Oak Hill academy, and for his senior year he wore the uniform of Montrose Christen School. In 2006 he took part in the McDonald’s All American game and was voted MVP (most valuable player) of this prestigious event. Following that, the Washington post chose him as All Met Basketball Player of the Year.

Durant decided to wait a little while before he start earning the big bucks. He was recruited by the University of Texas - immediately becoming their biggest star - averaging 25.8 points and 11.1 rebounds per game. Durant played there for a total of 1 year, and became the first freshman player ever to win the Naismith College Player of The Year Award. These achievements lead him to the decision that it was time for the NBA draft.

Kevin Durant was chosen 2nd in the 2007 NBA Draft (after Greg Oden).

According to the NBA regulations, Durant signed a rookie contract deal – earning him 4M$ per year. Even though Durant was only 19 years old, he managed to showcase his unique abilities against the best professional players in the world - averaging more than 20 points and 4 rebounds per game. By the end of that season, Durant was selected the NBA Rookie of the year.

At his first season in the NBA 2007/2008, Kevin Durant earned 4.171 million dollars from the Seattle SuperSonics.

In the 2008/2009 season, Durant’s team relocated and moved from Seattle to Oklahoma City. The team changed its name and became the Oklahoma City Thunder. This wasn’t the only change..The team also drafted a new rookie - Russell Westbrook from UCLA, the 4th pick in the 2008 draft. Durant continued to improve. He took his game to the next level - averaging 25.3 points and 6.5 rebounds per game.

2009/2010 was a breakthrough year for Durant and the Thunders. Durant established himself as a NBA superstar - getting selected for the NBA All-stars game, and becoming the youngest scoring champion in the history of the league with an average of 30.1 per game.

This was the year that Durant also appeared in the NBA Playoffs for the very first time, leading his team in the Western conference quarter finals against the Los-Angeles Lakers. The Lakers eventually beat the Thunder in six games, and went on to win the NBA championship.

Durant still earned 4.79 million dollars that season, but the Thunder found a way to show their appreciation – extending his contract for a whopping 85 million dollars in the next five years!

In the summer of 2010, Durant was selected to the USA national basketball team – attending the 2010 FIBA World Championship. Durant immediately became the star of the team, averaging 22.8 points, 6.1 rebounds and 3.1 assists - leading them to their first world championship since 1994.

In 2010/2011, Durant became the NBA scoring champion for the second time in a raw - averaging 27.7 points per game. In addition, the Thunder qualified to the NBA playoffs for the 2nd consecutive time – this time leading them all the way to the NBA Western Conference Finals, beating the Denver Nuggets in the first round, and the Memphis Grizzlies in the western conference semi-finals.

The Thunder were eventually defeated by the Dallas Mavericks, who went on to win the NBA championship.

In the 2011/2012 season Durant continued to dominate the NBA - winning the 3rd consecutive scoring champion title, averaging 28.0 points per game. He also set a personal record in rebounds – averaging an impressive 8 rebounds per game. Durant also scored a career high of 51 points that year, and was voted the MVP of the NBA All-stars game.

In the playoffs, Durant managed to take his team one step further – bringing the Thunder to the NBA finals for the very first time in his career. On their amazing journey, The Thunder defeated the Dallas Mavericks in the first round, the LA Lakers in the second, San Antonio Spears in the western conference finals – and eventually lost the title to LeBron James and the Miami Heat.

In the summer of 2012 Durant took part in the London 2012 Olympics, representing the USA National Basketball team – and leading them all the way to the gold medal. Durant averaged 19.5 points per game, setting a new Olympic tournament scoring record.

In 2011/2012, Kevin Durant earned 15.5 million dollars after signing a new contract with the Oklahoma Thunder.

In the 2012/2013, Durant and the Thunder weren’t able to repeat their accomplishments from their previous season. After 3 consecutive years, Durant lost the NBA scoring champion title to Carmelo Anthony from the New York Knicks - after averaging just 28.1 points a game.

The Thunder were eventually defeated in the 2nd round of the NBA Playoffs by the Memphis Grizzlies.

Kevin Durant was ranked 17 in Forbes’s World's Highest-Paid Athletes 2013 list, with a total income of more than 30 million dollars annually!

His estimated net worth at this time was almost 55 million dollars.

Durant decided to give back to the community and donated 1 million dollars to the American red cross for the many victims of Tornado Moore. Durant also convinced Nike and the Thunder to match his donation – adding 1 million dollars each.

The 2013/2014 season was a milestone year in Durant’s career - averaging 32 points, 7.4 rebounds and 5.5 assists, and scoring a career high of 54 points against the Golden-State Warriors.

By the end of the year, Durant was selected MVP of the season for the first time in his career - defeating LeBron James from the Miami Heat, who received the title for the past two years.

In the NBA Playoffs, however, the Thunder once again weren’t able to step up their game, and were eliminated in the Western Conference Finals by the San Antonio Spears.

San Antonio went on to win the NBA Championship that year.

Durant’s estimated net worth for that year was over 65 million dollars.

In that summer, Durant was offered a new sponsorship deal by "Under Armour" – proposing a 265-285 million dollar contract for the next 10 years.

Nike decided not to give in that easily (after earning almost 75 million dollars anually solely from Durant’s shoe label!). Nike offered him an astonishing 300 million dollars for the next 10 years.Durant decided to show loyalty to the brand and stayed with Nike.

This move was considered a big achievement for his new agency “Roc Nation Sports” (run by the rapper Jay-z).

The 2014/2015 season will be remembered mostly for Durrant's reoccurring injuries. He missed the first 17 games of the season due to a Jones fracture in his right foot, and then came back only to be injured again in his ankle, and then again in his left big toe. Durant eventually played only 27 games in that season - averaging 25.4 points per game.

These deals include the new shoe sponsorship from Nike, as well as other deals with 2k Sports, BBVA, Sonic, Sprint, Gatorade, Panini and General Electric.

In 2015, Durant was ranked 7th in Forbes’ Highest-Paid Athletes List.

Kevin Durant has an estimated Net-Worth of 100 million Dollars!

Durant has been quoted as saying that he intends to become a music producer after retiring. 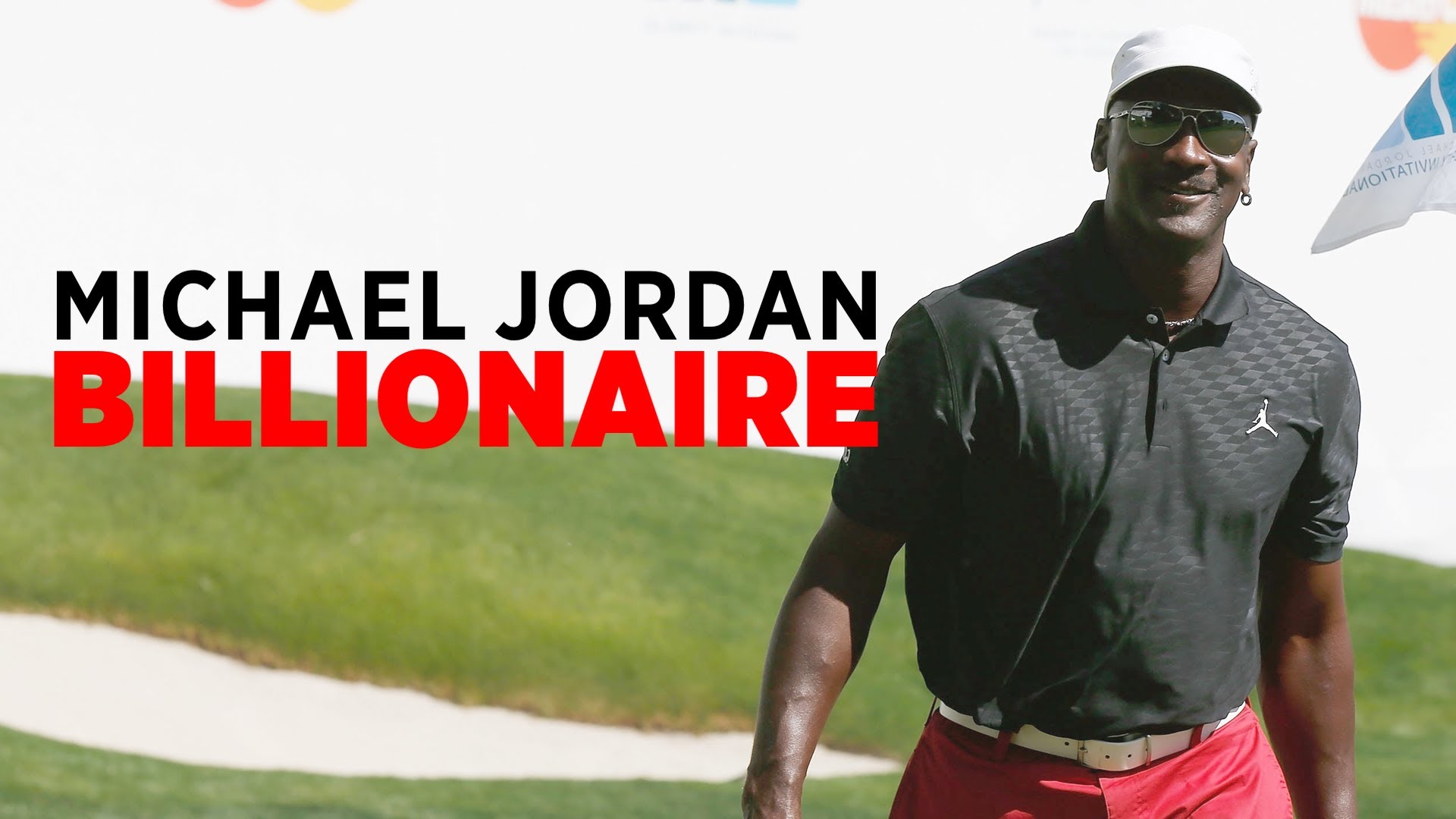 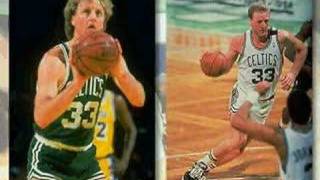 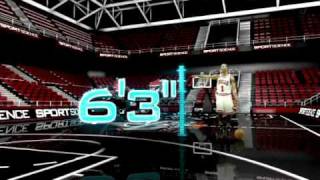