The perception of the Shark as the deadliest animal on earth derives mainly from the myth of their byte force. (as well as their depiction in popular culture! anyone said Jaws?)

However, like all common myths - the reality of the matter is much more complex.

Not all shark's teeth are as menacing as the Great white, or as deadly as the Bull Shark. Some Sharks wouldn't be able to bite even if their life depended on it.

In general, Shark teeth can be categorized into four different types - each according to the shark's habitat and diet. All sharks shed their teeth numerous times throughout their life, in extreme cases more than 35,000 times!

1. One type of sharks have flattened teeth which they use for crushing. Those are called "Dense Flattened Teeth", and they are most common in shark species that live near the bottom of the ocean. These sharks, such as the Angel Sharks or the Nurse shark, need to handle different materials such as shells – in which their prey typically hides in.

2. Some sharks have "Needle-like teeth", such as the Blue Shark or the Bull shark. These teeth's main function is to grip their pray - which in many times can be slippery (Stingrays, squid, and even other sharks – such as the Hammerhead)

3. The most deadly bite force comes in the form of what is commonly referred to as "Pointed lower teeth and Triangular Upper teeth". These sharks, among them the Great White, have especially designed jaws which enable them to cut large prey into small portions - making it easier for them to swallow.

The typical prey for these kinds of sharks are mainly mammals: Dolphins, Seals, other smaller sharks, and in some instances - whales.

4. The forth type of shark teeth are totally harmless – commonly referred to as The "Non-Functional Teeth". The size of these teeth is appropriate for the size of their prey – and their sole function is to filter it as it goes down the drain.

These sharks, such as the Whale shark or the Basking Shark, feed solely on small organisms (such as plankton). They have no real use for their teeth. All they have to do Is open their mouths wide and let everything get sucked in. In many ways, this is a similar method to what baleen Whales (Such as the Blue Whale) do for feeding.

Shark's teeth are extremely common fossils, due to the fact the ocean territories have change frequently throughout history, and are many times found in what is currently dry land.

These fossils are constantly analyzed for study of biology and many times reveal very interesting information about evolution. The Shark teeth, which are many times the only organ which remains preserved - are also useful for studying shark migration patterns, as well as discovering and identifying various species.

Some sharks are considered to date back to more than 400 million years ago. Probably the most infamous prehistoric shark is the Megalodon – which is considered to be the largest creature ever to exist on Earth.

These massive sharks, which are literally named "Big Tooth", have the most extreme example of cutting teeth (7 inch) - making those of the great white seem almost harmless. 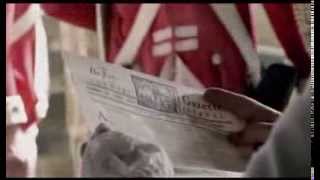 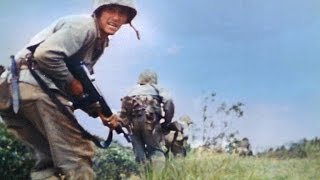